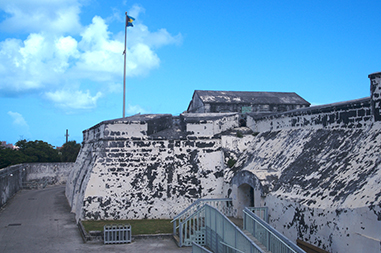 Fort Charlotte is a British-colonial era fort built on a hill over-looking the harbor of Nassau, The Bahamas. The fort sits a short walk west of downtown Nassau and the cruise ship terminal. The fort was constructed in the late 18th century by British colonial governor Lord Dunmore after the end of the American Revolutionary war. The fort has never been used in battle.